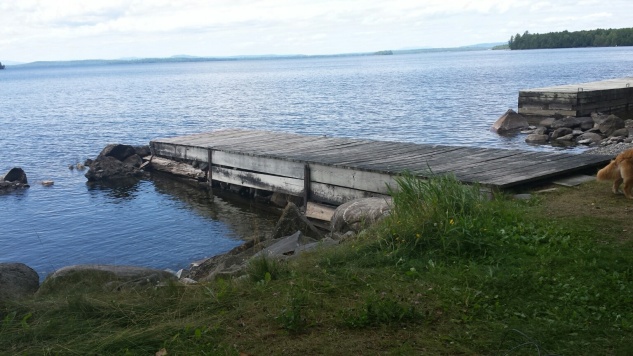 At the end of August, as the slight chill of Autumn drifts through open windows in the early morning, we pack up dogs, food, books that have waited patiently to be read, journals and pens, and head North to Moosehead Lake.

On the first day I arrived, I breathed in the crisp air, tipped my head to the sun, and listened. To. Her. The massive expanse of water. If not for the missing scent of salt in the air, I’d mistake her for an ocean. She sounds tidal on this morning, lapping over rocks, jutting above her surface, like glistening heads of dolphins, against the weather-beaten dock. They have a relationship, a bond between them like siblings, like family that have grown together, intertwined by time, weathering the heartaches of thunderstorms. The bond ever tighter when sub-degree temps freeze them in a stiff embrace, until April arrives, releasing them, as they rejoice under the sun’s warm rays.

Each year, I long to return to her, to listen and wait for her whispers of divine wisdom. She has a language of her own. She speaks to the camel-backed mountains that surround her like a protective fortress. 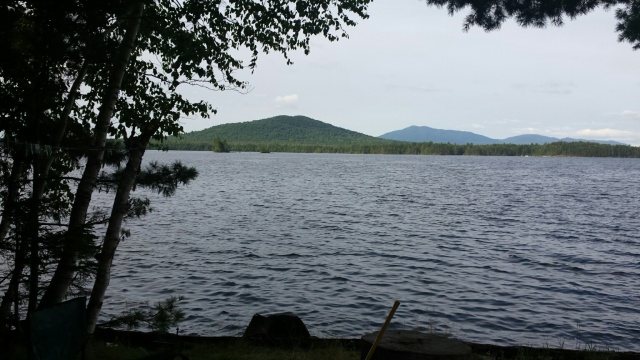 She speaks to the rocks, the piers, the finned and winged and vegetative creatures that live in her, beneath her, drift and float along her rippled surface. Creatures that feed from her body, like a newborn sucking sweet milk from her mother’s breast. She provides meaning and purpose; she understands her calling. Without her life-giving there would be parched land, carcasses and bones.

She feeds and breathes and gives without asking for anything in return from the trout, small mouth bass, minnows and perch that move through her like blood through our veins, or from the loons that call out to her as they arch their spotted backs, and slap her with their shallow wingbeats. 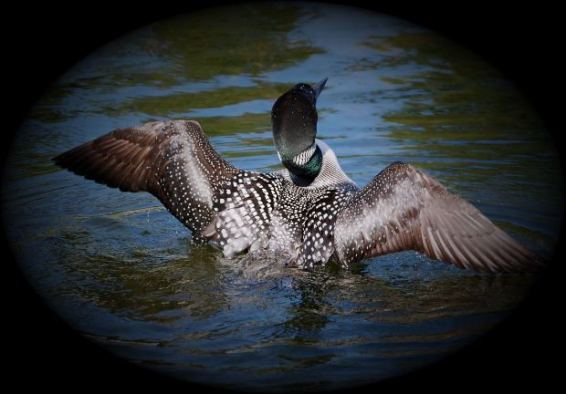 She says, “I will give all of me to you, because I am for-giving.” She exiles no one, no thing, no creature. She does not expect to be canonized, bowed down to, or to be thanked. Her giving is her receiving. She beckons to share herself with all creation.

The docks stand motionless and timeless in her. She does not ask them to move because she’s fluid, flexible, and abiding, She slips around them, under them, between them, and over and around the rocks. She shows her love and gratitude by softening the jagged stones, and transforming their spiked edges into the soft curves of a heart.

That evening, I stood at the edge of her and she said, “Come to me,” as the sunset cast tiny sparkles of light as if a swarm of fireflies had descended from the night sky, skipping, glinting, twinkling, hooping in up on this warm summer night. 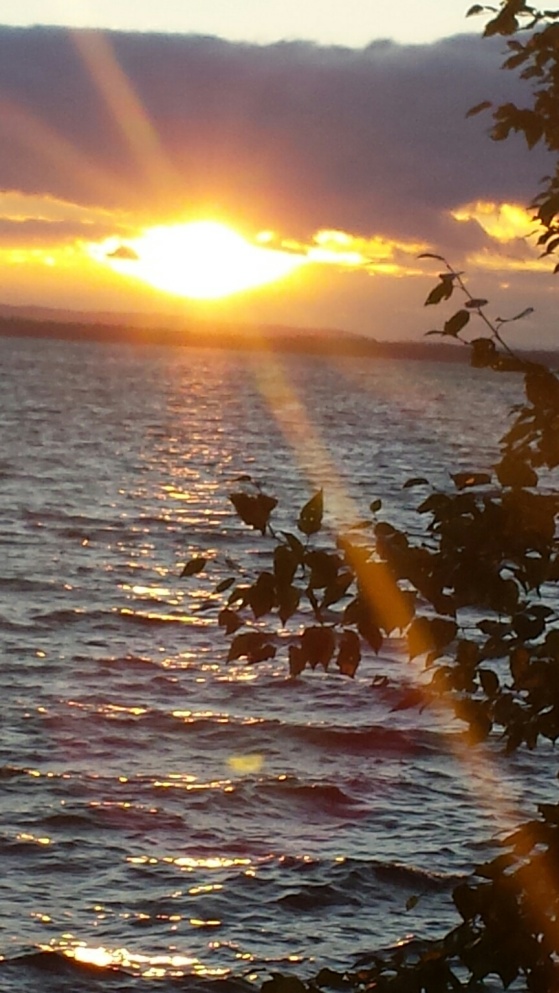 “Come,” she said again. “Dip below me. Drift with me. Let me cool you, cleanse you, and fill you with all that’s true. I will carry your grief away with me. I’ll hand it over to the angels, to the mountains, to the earth. Let me wash over your heart, cleanse the worries from your muscles, your bones. Listen. Be still. Let the breeze that rolls over me devour your heavy thoughts, the doubts that plague you. Let the sun that shines upon me, igniting the northern sky, fill you with peace, bubbling joy, rippling laughter.”

I slipped out of my clothes, felt the pebbles bite my feel. I waded in, ran my hands over her surface and gently slipped under the water, feeling her embrace. As I lingered there, treading neck-high as those twinkling lights danced before me, I remembered something I heard from Dr. Wayne Dyer, “Don’t die with the music still in you.”

That night under the sunset, in the water, I thanked her for sharing the music that’s inside of her. I asked myself, what if I lived my life like this awe-inspiring lake? With her abundant willingness to give, to be fluid, to share her song without fear over and over again. We all have our own music, our own song inside of us. A passion. A calling. What would the world look like if we lived our lives, like she lives hers? What would the world sound like if we all played our own unique music lying dormant inside of us just waiting for it’s release?

View all posts by scasey2012

19 thoughts on “The Language of Water”

This site is dedicated to my brother, Brian “Rocky” MacLeod Hathaway Jr.

Follow You don't have to navigate the Deep River of Grief alone on WordPress.com